Justine is doing a project for school and needs photos of eggs. So, to oblige, here they are.

Let me know if these work. 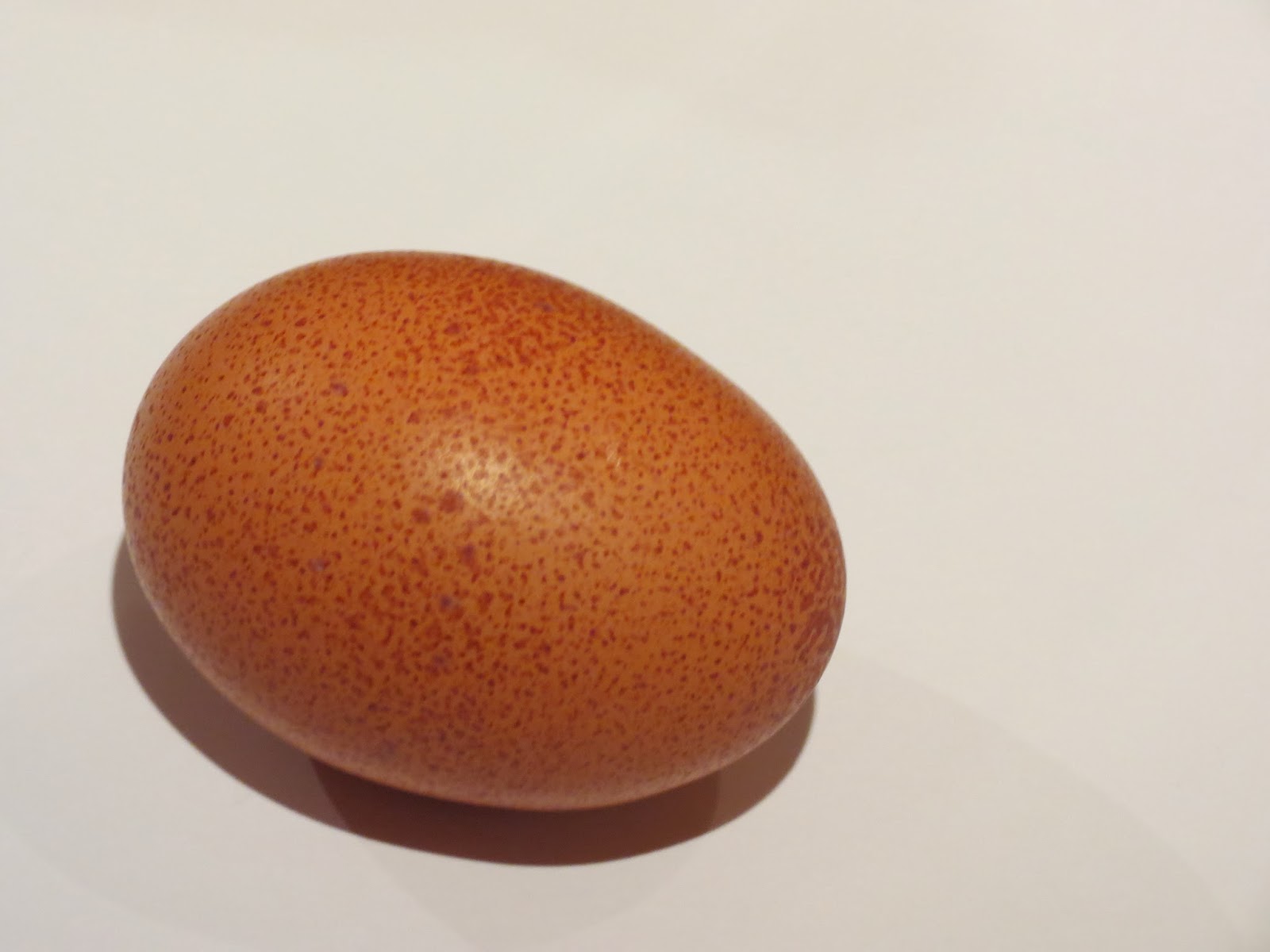 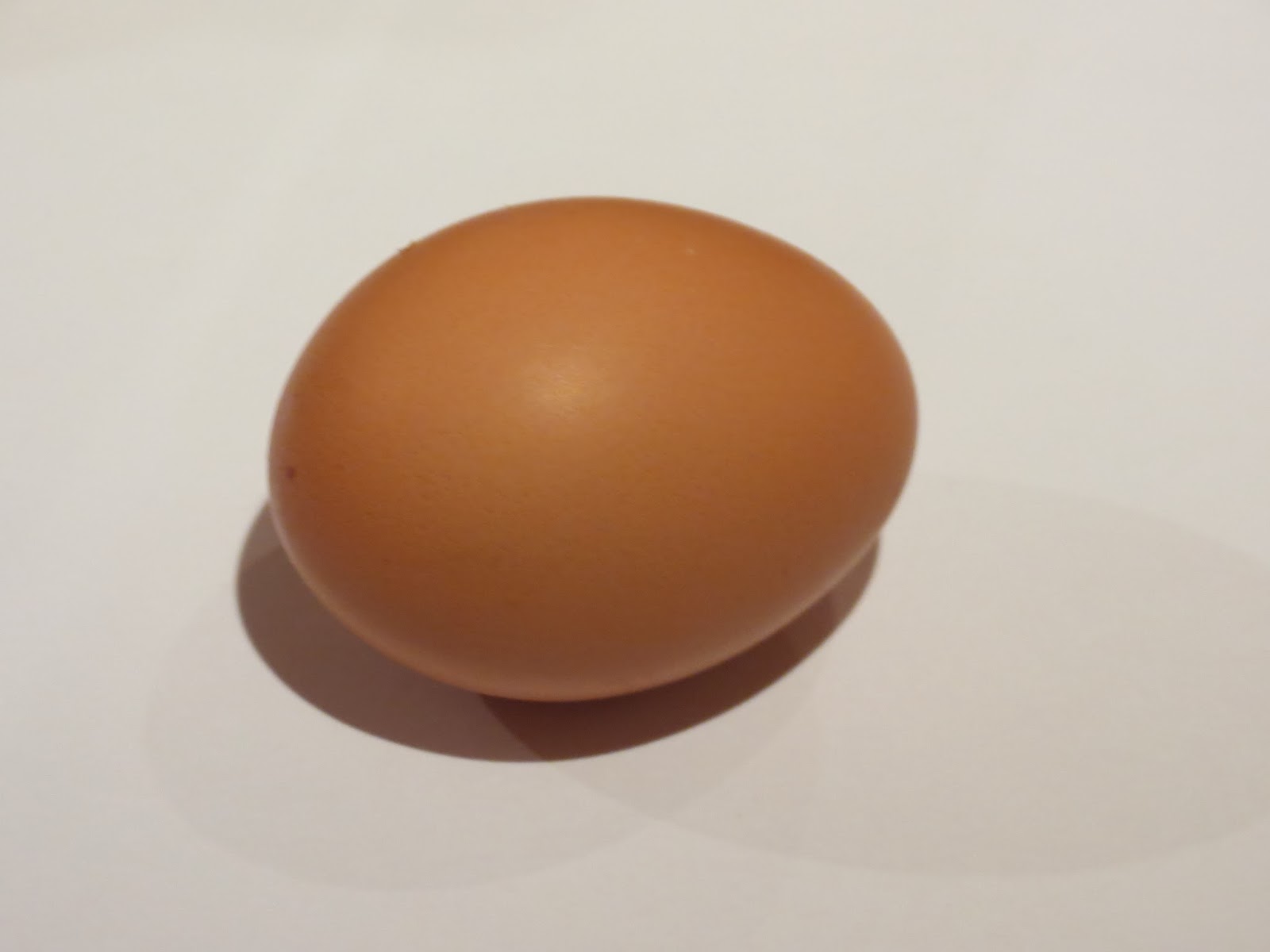 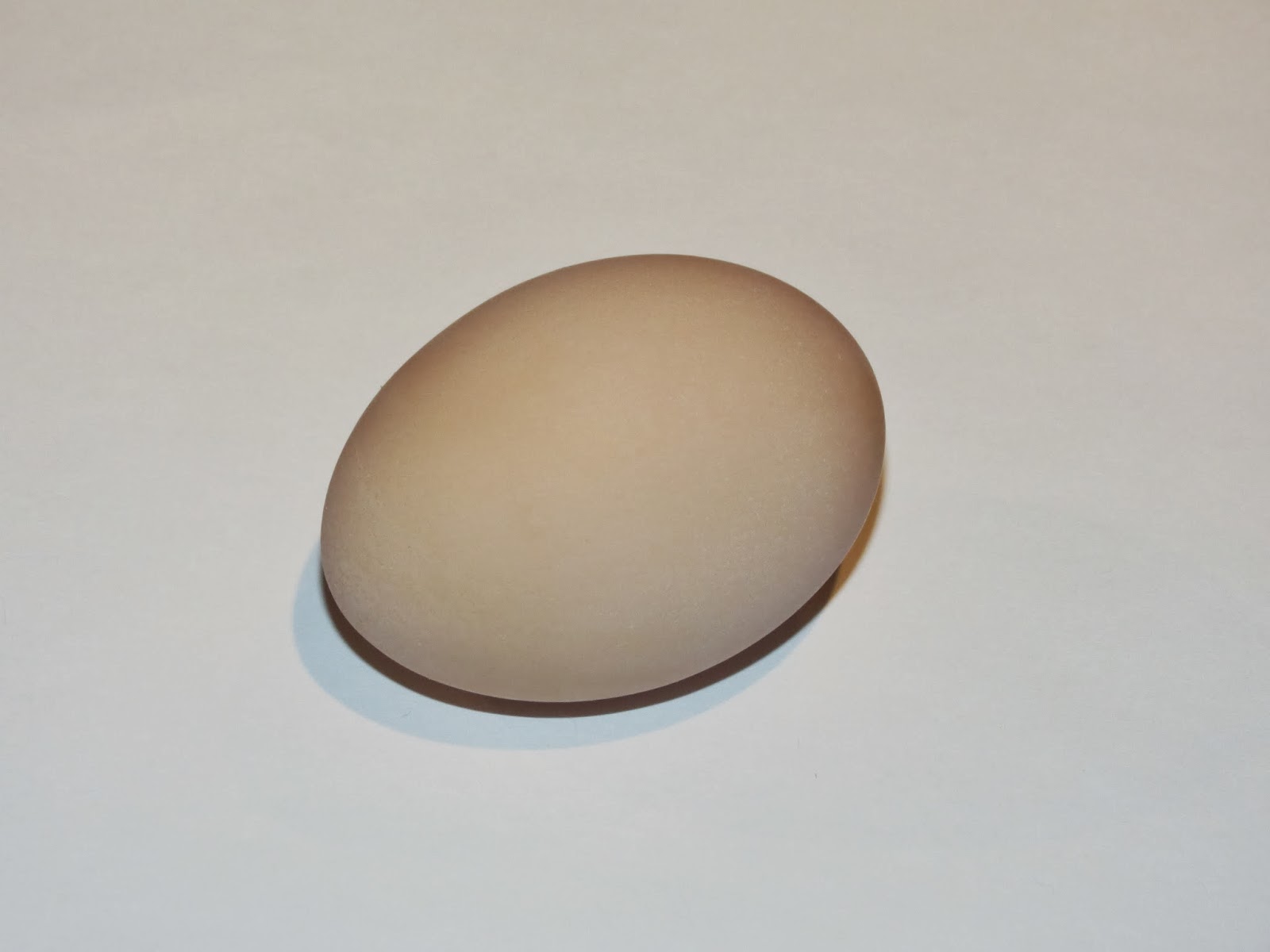 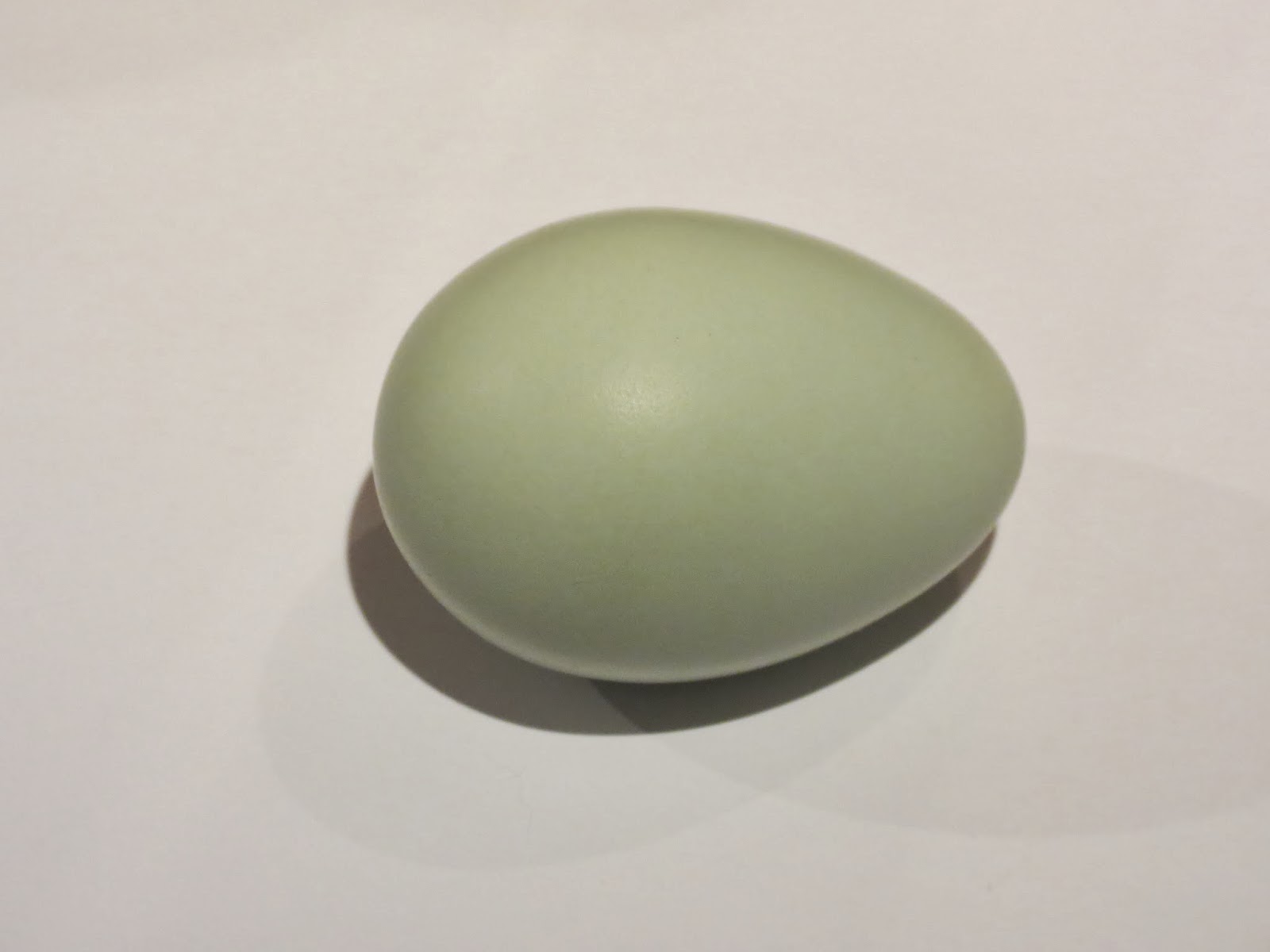 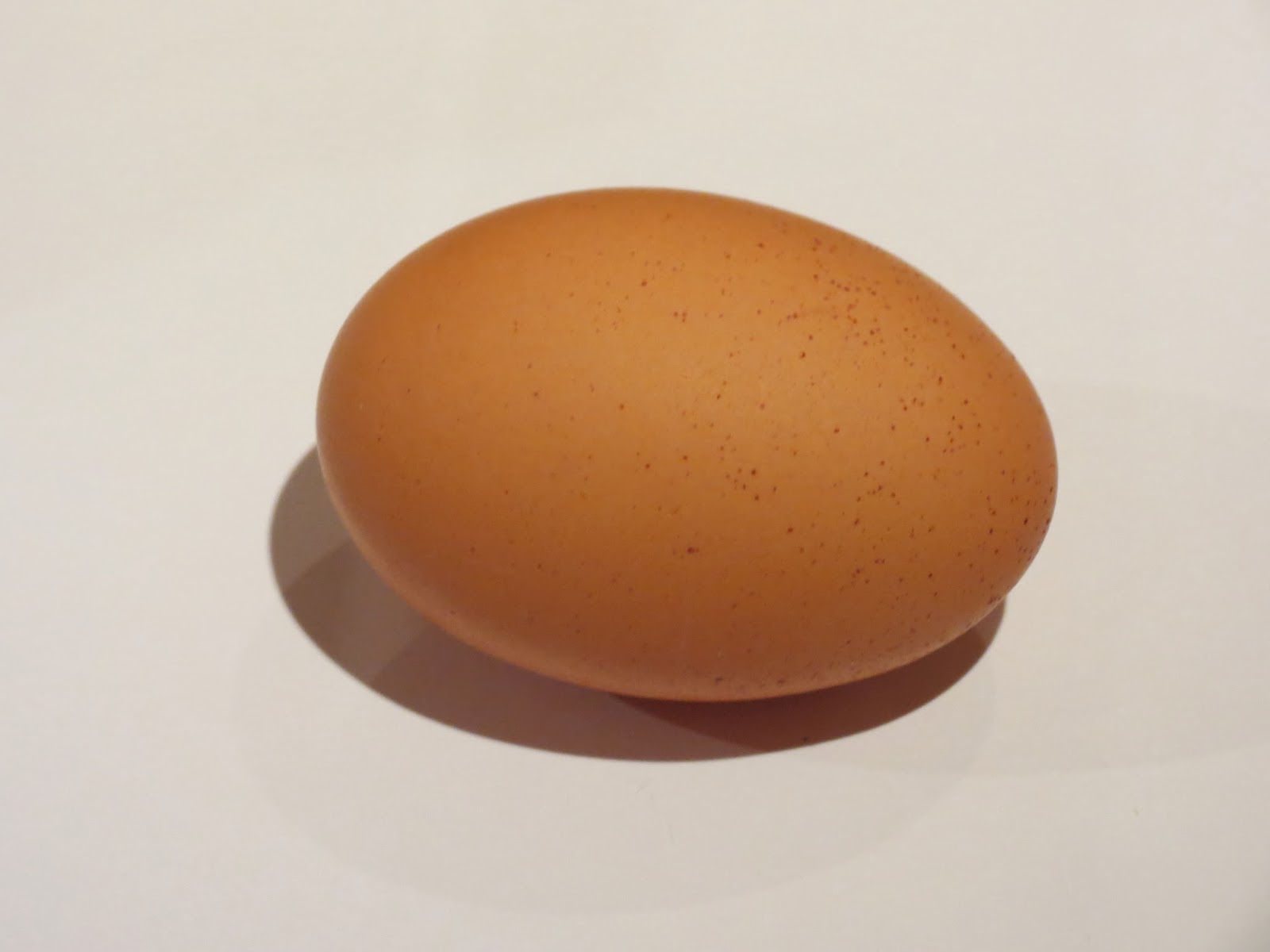 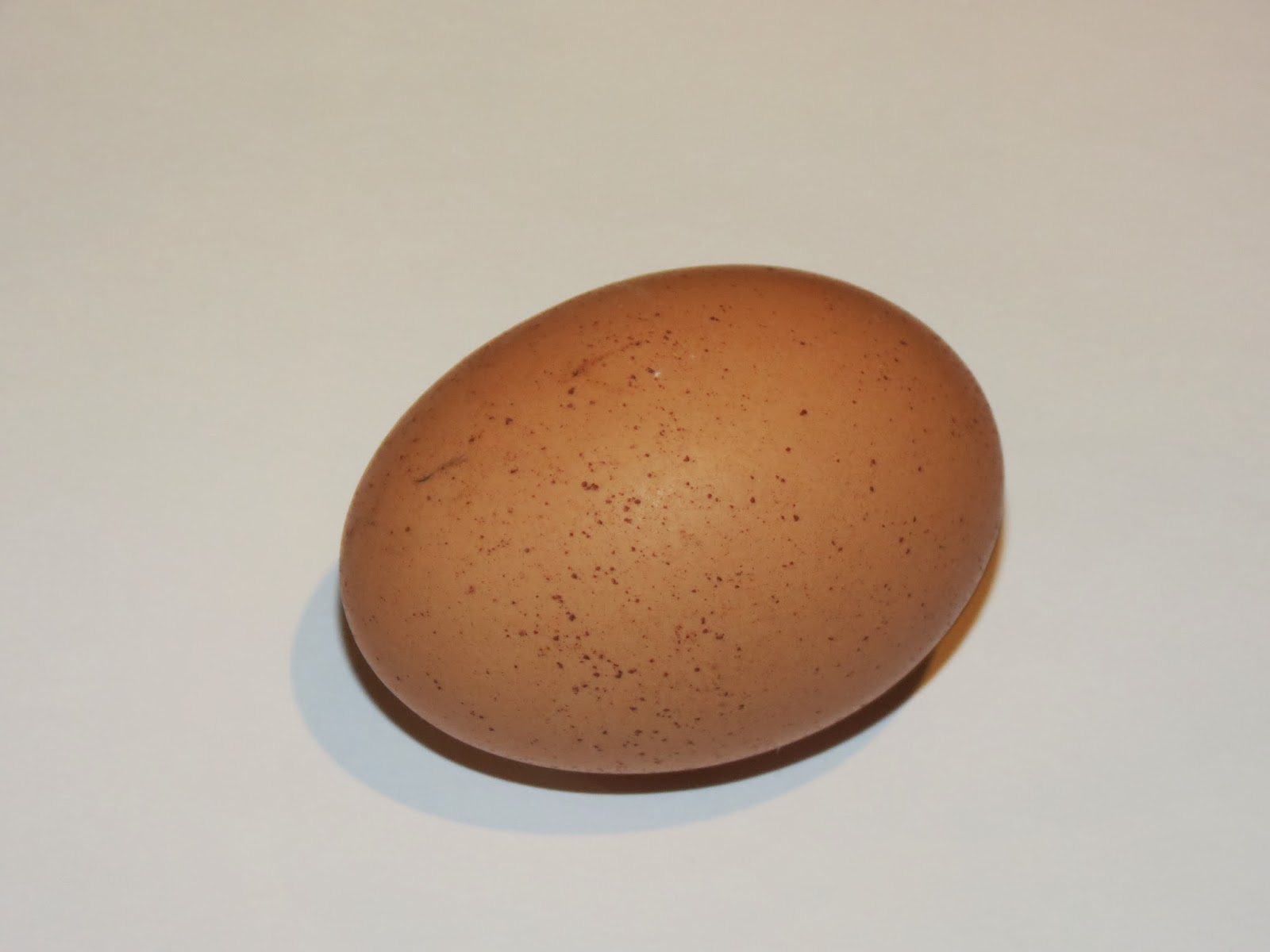 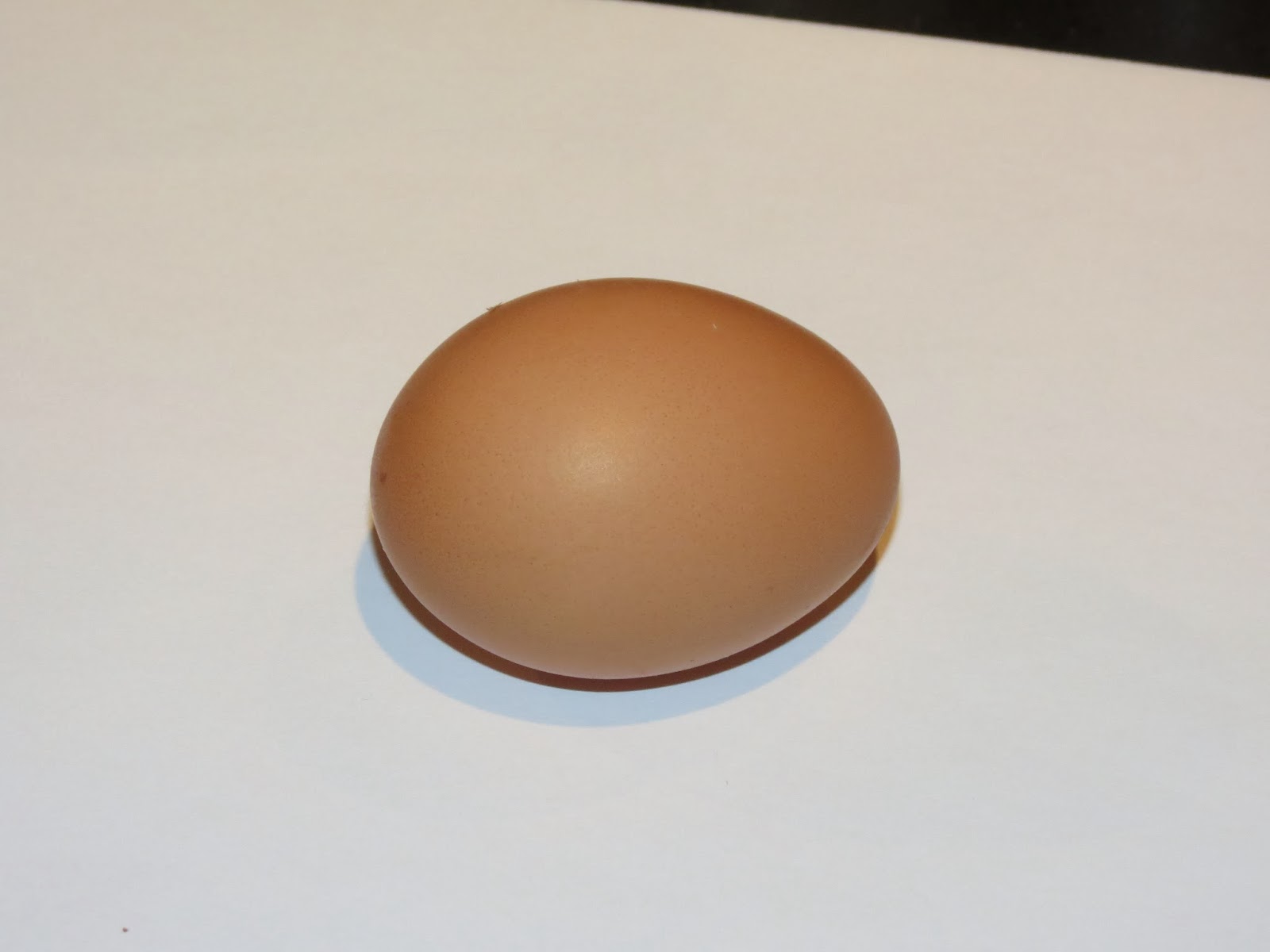 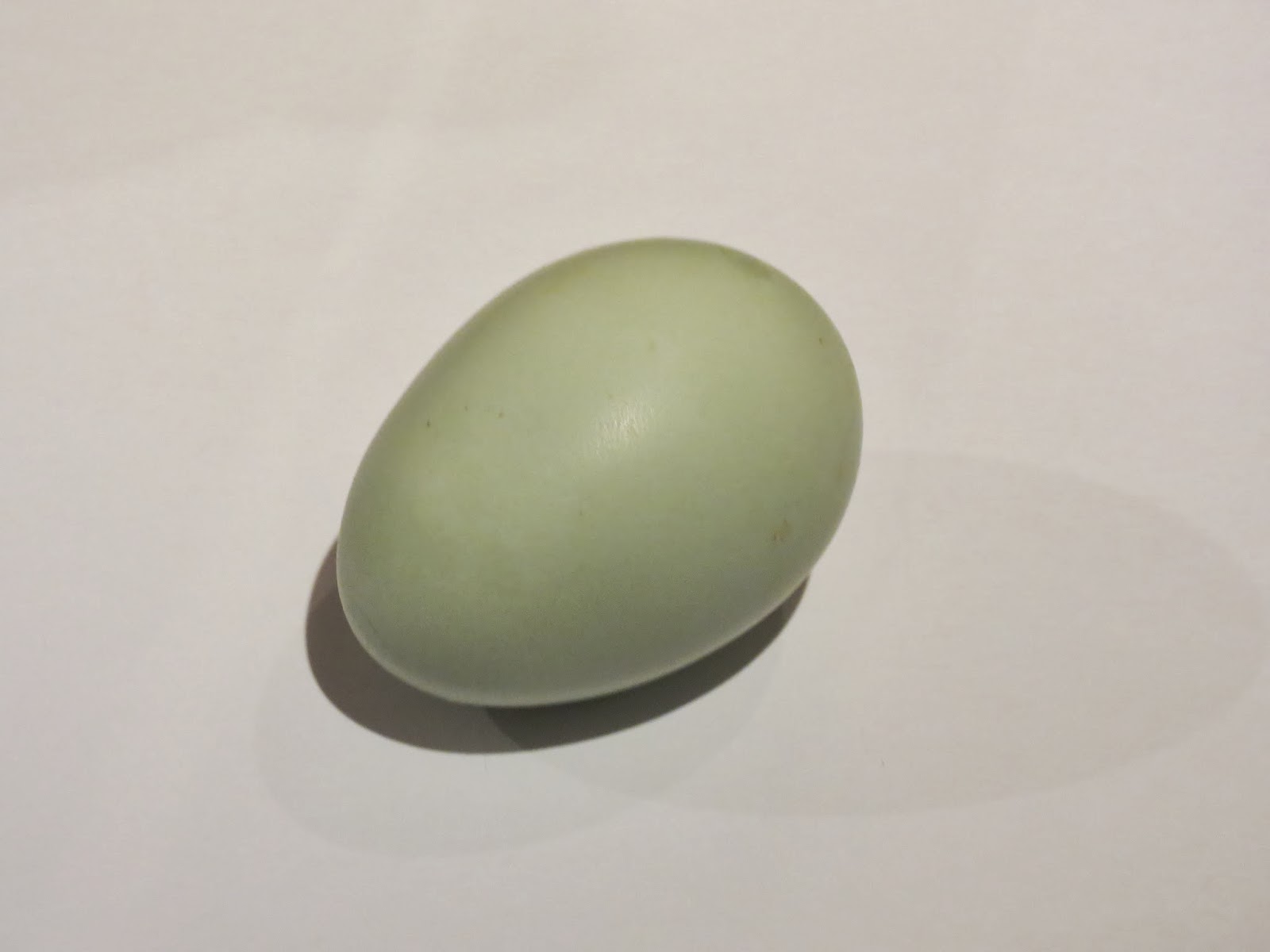 It's that time of year: 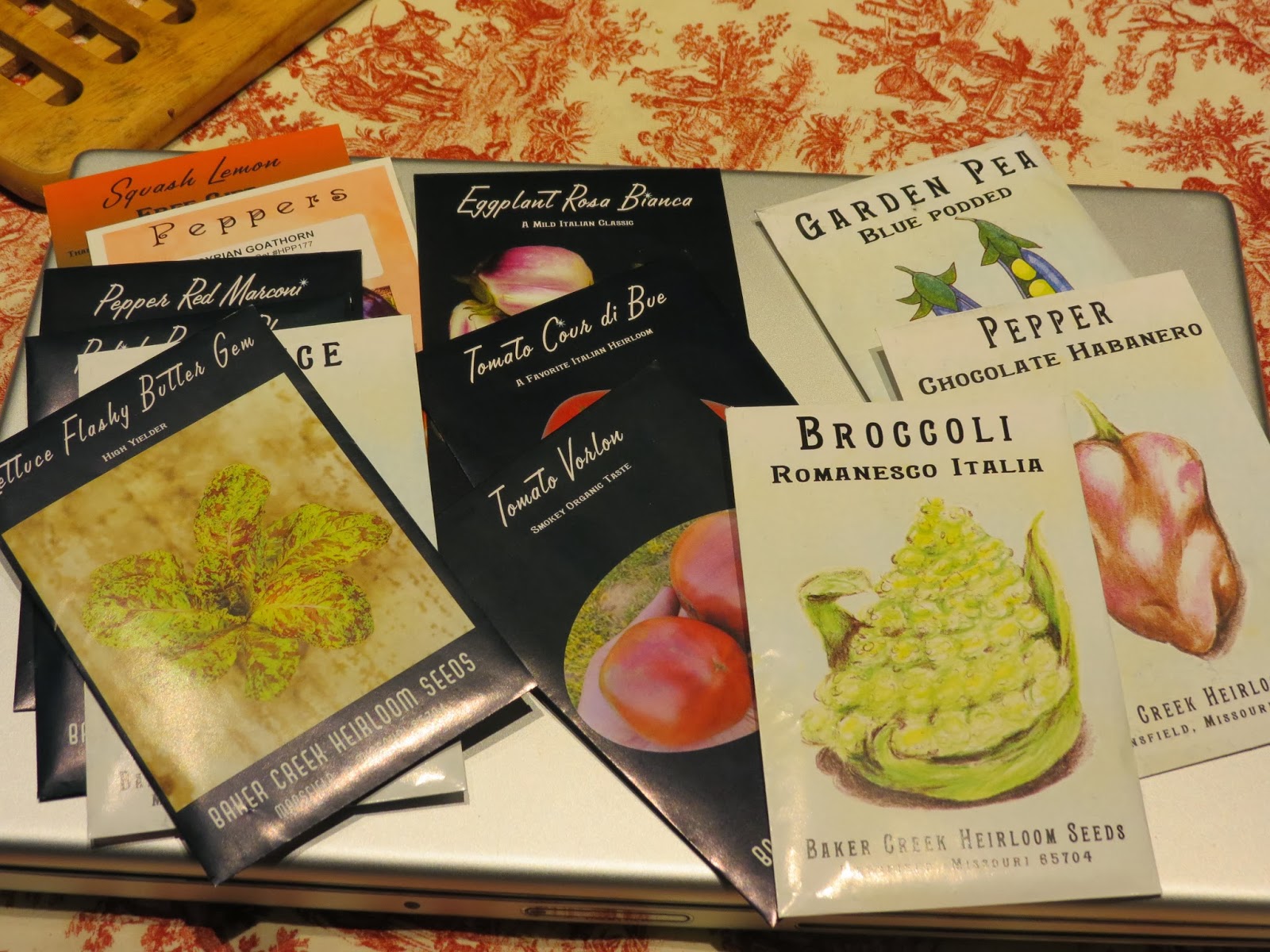 Wonderful things are arriving in the mail!!
Posted by Judy T at 7:29 PM No comments:

The eggs of the day

I'm so thrilled that the ladies are starting to lay again.  Those of you with chickens, I'm sure, know the feeling. 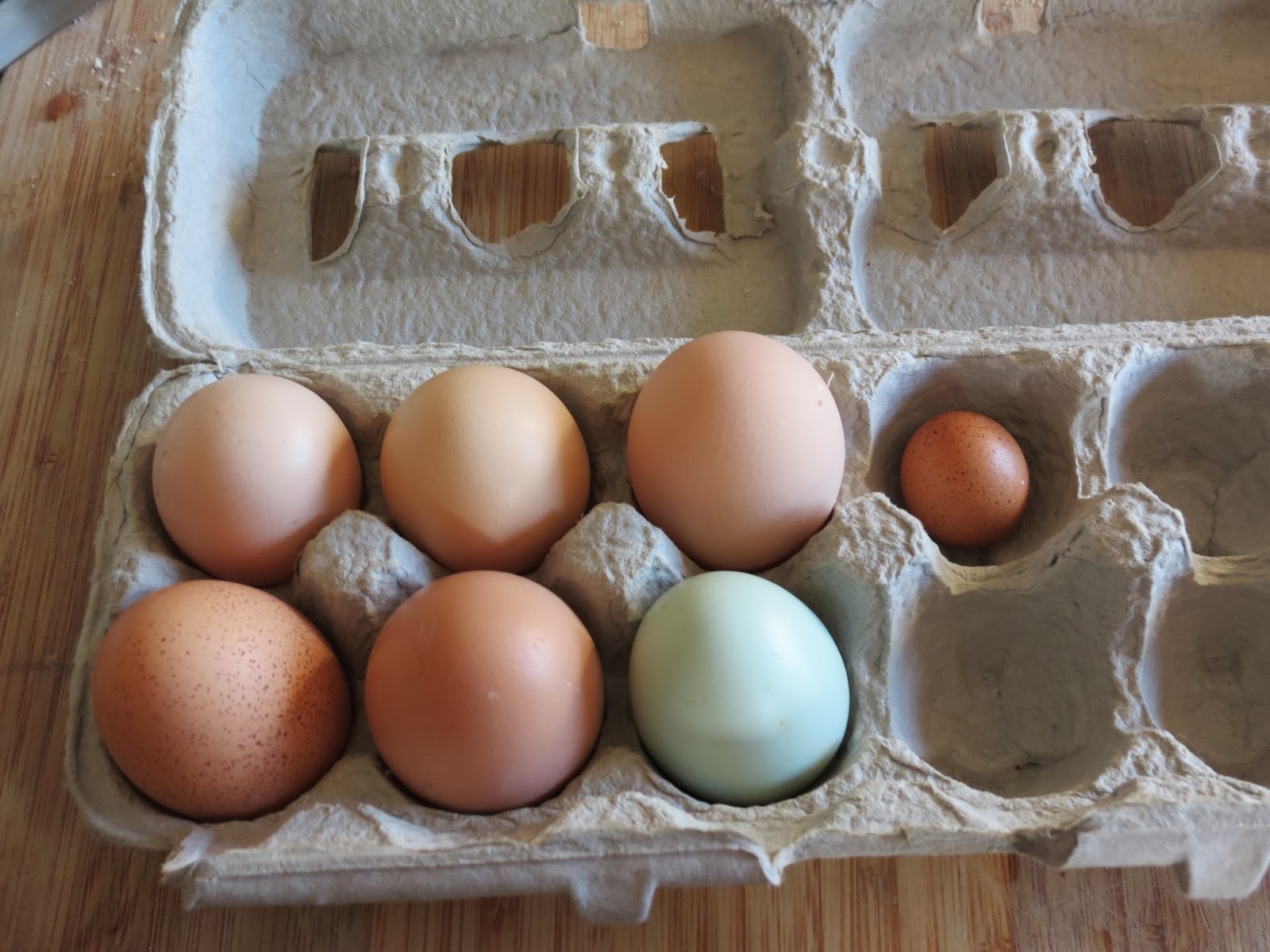 Today's eggs. Someone is obviously out of practice!  And I got the first blue egg of the year this morning.  Hurrah!
Posted by Judy T at 3:31 PM 2 comments:

My darling daughter left this morning.  Back to parts east.  So far she has had an adventurous trip and she isn't even there yet!
It was snowing pretty heavily this morning, but it was a fairly narrow band and we didn't think too much of it.  On the way to the airport, we hit one section of nearly white out conditions and at one point V nearly lost control of the car.  A fair warning to slow down!  Apparently, in the opposite lanes, at about that time, there was a huge (30 cars!!!) pile up that closed the eastbound lanes of the interstate.  We still had to detour around it on our way home.
Anyway, Justine's flight was delayed a bit on take off (weather and de-icing) but the biggest delay came in Chicago when they had to sit on the taxi-way and wait for a gate to become available because the previous plane was still being de-iced.  Well... long story short, she missed her connecting flight even though she should have had over 90 minutes between arrival and departure. It was not to be.
So, she is still waiting at O'hare in Chicago and won't get out until nearly 7 tonight, which puts her arriving in Philly close to 10 tonight.  And then she still has to catch the train back to center city and then walk back to her dorm.  Poor sweetie.  More of an adventure than she bargained for.
And we already miss her.  We were just really getting used to having her home again and now she is away again.   But, at least we will get to see her again in March for Spring break so it's not quite such a long haul.  I know James, her fiance, will also be glad to see her again.
Posted by Judy T at 4:10 PM 1 comment:

Yep, I've been out of the loop again.  My bad.  I feel like it's been busy here but then again, not much is going on... and... I'll admit it... Justine introduced me to the evil that is Pinterest.  I had been avoiding it like the plague because I knew it has the potential to be a time-sucking kind of place.   So far, I've been good... we'll see how long that lasts.
The weather has been frightful.  Monday our high for the day was -7F.  The poor chickens were cooped up for a couple of days but they seem to have fared pretty well.  And, after a couple of weeks of no eggs at all, I've finally started getting a few.  Two today. Excitement!
Today it was finally above freezing for the first time in seemingly ages.  It hit the mid 40's!  So Justine, I16 and I went on a long walk (about 2 miles). It felt great to be out and about in the fresh air again.  I even opened a couple of windows in the chicken coop to let it air out in there since it was warmer outside than in.
Otherwise, it's a pretty slow time here.  I've been plotting the garden for next year.  I think I'll have my seed order ready to go soon. In the next couple of weeks I plan to start some cold weather stuff inside to try out in the greenhouse.  The greenhouse was a bust this winter. It got so cold so soon that everything froze off.  Last year I had fresh greens in mid January.  This year they all froze off in November.  sigh....  But I'm hoping that if I get some spinach and kale started inside that I can put them out in late February and have them survive in there. We'll see... it's an experiment.
Justine is home for only another week and then will head back to Philly for her next semester of classes.  We have been seeing a LOT of her fiance in the last few weeks but that's OK.  He is a great guy and we're all happy to see them both so happy.  She plans to move out of the dorms next year so we've all ben brainstorming things that she/they will need in an apartment and picking up things when we can.  We found a great 12 piece set of T-fal pots and pans yesterday.  The good stuff- stainless with copper bottoms: pans that will last a lifetime.  Got them on sale with an extra 15% off the sale price plus a mail-in rebate.  So we ended up paying just a little over half price for them- not a bad deal.  That girl has a good head on her shoulders and is always thinking ahead.
Otherwise, things are going.  I16 is finally taking Driver's Ed so we've got him out driving with us.  School is going well for both boys.  V is busy writing and now has a new client in addition to his old one so things are going well.  Construction is slow this time of year so it's a pretty laid-back time.