I'm sorry to inform you that both Justine and I have been infected with the zombie virus.  We did not survive the race with any flags intact.  But we had a fabulous time and hope to do it again next year!  We made a weekend of it with Justine and I, I16 and Justine's boyfriend JC.   The guys were our cheerleaders and photographers.
A few photos of the adventure: 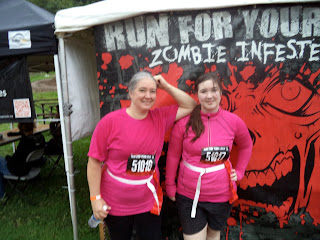 We start out, clean and with flags intact.  Ready to go! 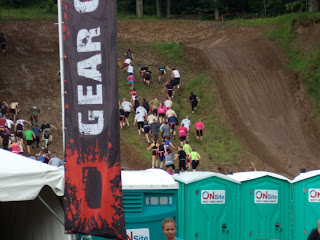 The first hill is a killer!  The race was run on a motocross track and it had rained fairly heavily in the morning so everything was muddy.  The biggest problem was at the top of the hill where the track is bowl shaped and slippery.  I would not have made it except for the kindness of strangers pulling me up.  There was a wonderful sense of camaraderie among the participants as there is safety in numbers. 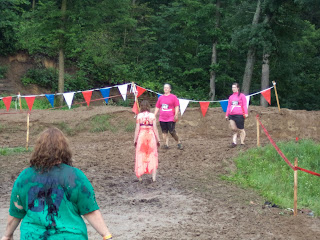 Justine and I are sizing up a zombie zone, trying to decide the best route to take. 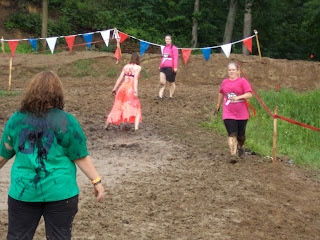 Made it through this one safely! 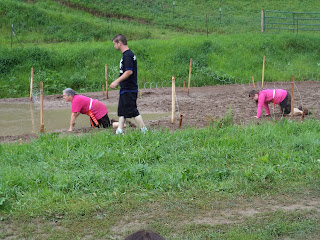 One of the easy obstacles:  Crawling through mud under barbed wire. 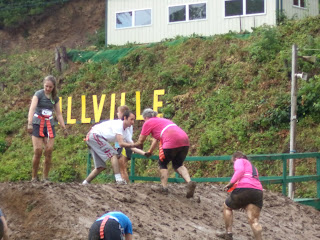 More kindness of strangers.  He helped me, then I helped Justine and she helped the person behind her, etc. 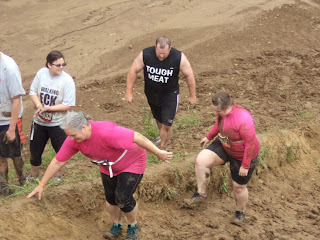 Up the final hill... 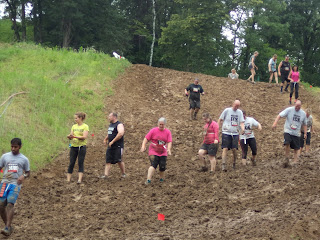 and down the final hill.  No graceful running at this race.  It was much more "trying to not fall". 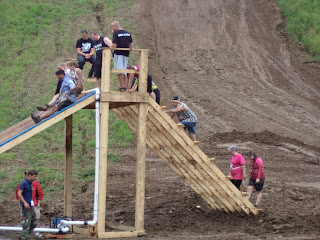 We start up the waterslide... 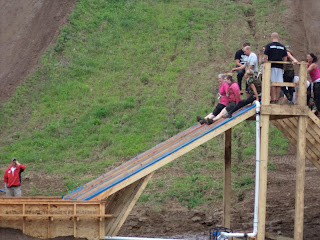 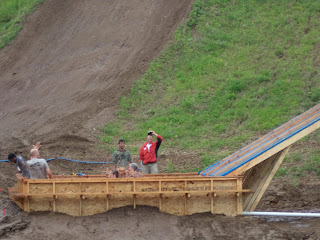 Splash Down!  Into the pool of fake blood (now much more muddy than bloody) 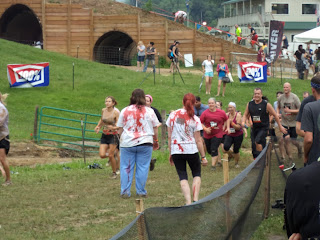 Through the final wave of zombies. 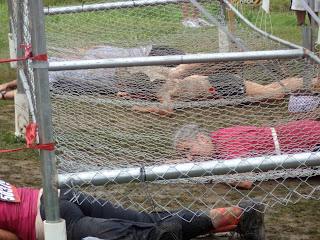 On to the finish line.  Yes, it is electrified, in case you were wondering.  This was the second electrified obstacle.  And there were walls to climb over, barricades to crawl under (through both mud and a running, ice cold stream with pebbles under your knees!) 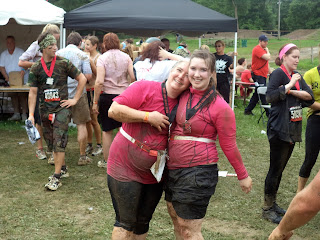 Finished!!  Even though we were 'infected' we still got our medals. 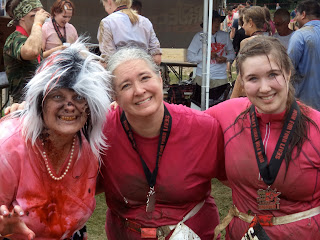 Don't let the smiling zombie fool you... she will eat your brains at a moment's notice! 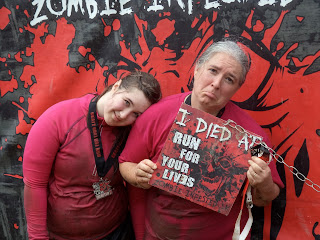 Now I'll have to train harder so maybe next year I can survive!!!
Posted by Judy T at 2:58 PM