I know it's not officially winter....

...but it sure feels like it!!!
We've had snow a couple of times in the past week and it has been cold!  Of course... today on my way home I saw one of those things that just made me shake my head and think "You can't fix stupid."  There at the bus stop on campus was a pretty young girl wearing short shorts and Ugg boots, jumping up and down complaining about the cold.  Well... it was 4 F at the time.  But, you know,  I think that if you choose to dress like that when there is a wind chill advisory, you lose your right to complain.  really....

But, in happier things associated with cold weather, I've been keeping the bird feeders filled. Or, as we prefer to call them, the cat entertainment system.  Interestingly enough, the birds weren't really all that interested in them until it snowed on Sunday.  Now, with snow cover, they are suddenly flocking to eat.   But I've gotten some awesome photos. 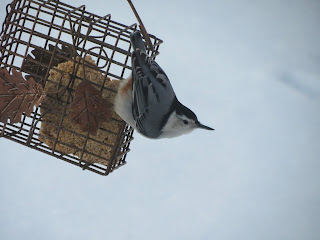 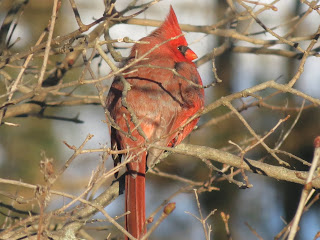 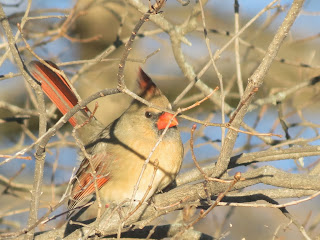 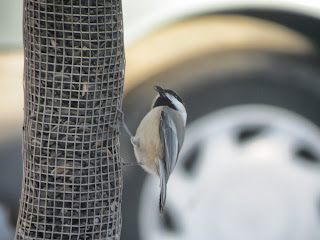 Black capped chickadee.  These are so hard to photograph, they rarely stay still long enough! 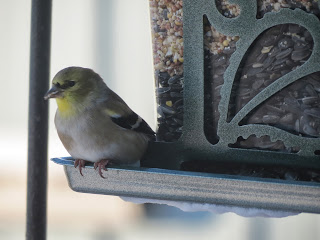 The male goldfinches have lost their brilliant summer plumage.  But they're still fun to watch. 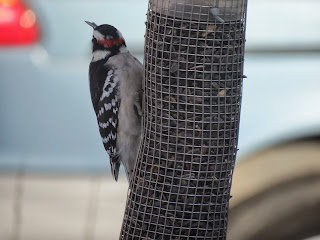 And a downy woodpecker.
Posted by Judy T at 8:59 PM