They aren't all very willing subjects to photograph.  But here are the newest additions to our little homestead. 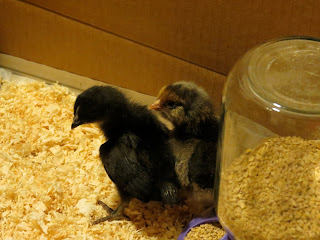 Bettie Page looking for all the world like a little raven.  She is the biggest and obviously oldest chick we got. 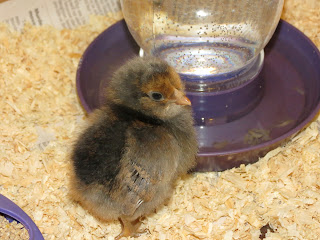 We haven't decided on a name for this one yet.  K13 suggests "Tabitha the Insane".  Another friend suggested "Aphrodite".  Justine suggested "Sasha Grey" while V thought maybe "Joan Crawford".  I love the brown and grey markings on her face. 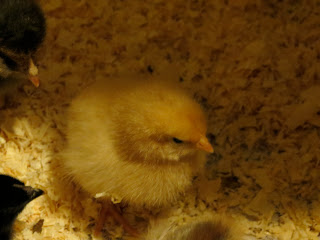 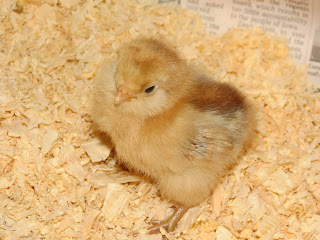 And I believe this little sweetie will be Marilyn Monroe. She is the tiniest of the bunch.  Smaller even than her hatch-mate.  She's probably only a third the size of Bettie.  But she is by far the loudest chick.
Posted by Judy T at 8:10 AM