Whew!  What a crazy day!  But we're finally home.  School and work were completed, parade marched or watched and dinner eaten.  Now I'm tired!  But I thought I'd share a few images of the evening.
First, while we waited for the parade to start, V and K11 were wrestling in the grass. 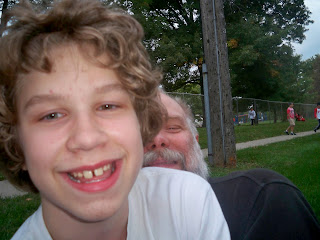 After dropping of I14 at the start, we sat near the end of the parade route for ease of gathering up participants so we had a while to wait before the parade reached us.  Not the best photo below but K11 was finally able to perfect making a whistle out of a blade of grass. 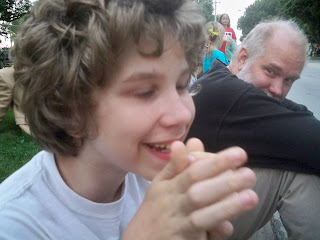 Ah, the joy of being easily amused!
Finally, the parade approached.  Here comes the band: 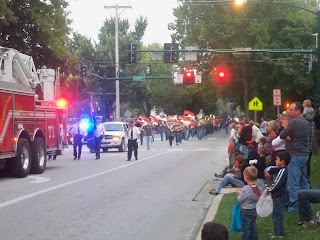 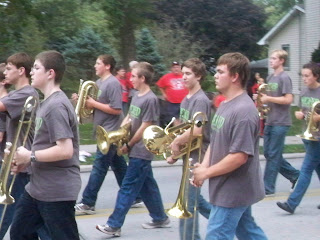 No one we know but a really cool old car! 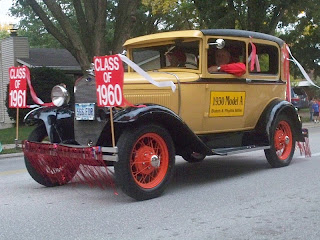 For a few string instruments on a hay rack, these guys sounded great!  Let's definitely support the performing arts!! 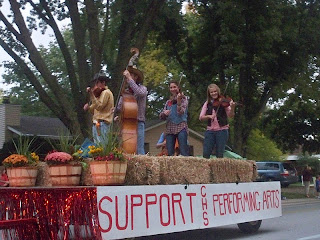 And almost at the end of the parade. J17 was a purple crayon in the art club group. 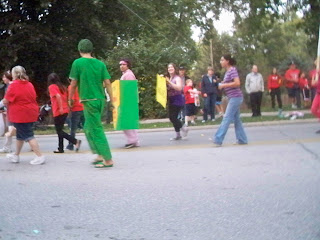 All in all, it was a good time.  At least the weather was nice, cool but clear.

And the latest update!  V is going to be interviewed on one of the local news stations in October for his book.  Woo Hoo!  Things are picking up!
Posted by Judy T at 9:20 PM