You know that saying "It ain't over til the fat lady sings"?  If that's true she must have really been belting out the tunes last night.  I woke about 6:15.  The thermometer on the front porch read 33 degrees.  But....  further away from the house it must have been much, much colder.
Things in the garden that weren't covered were frozen stiff: 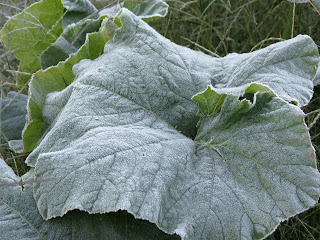 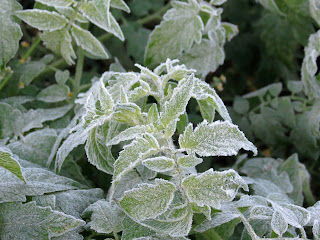 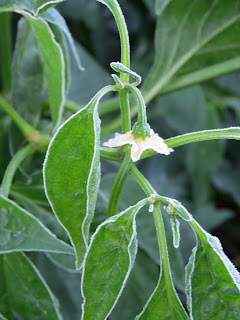 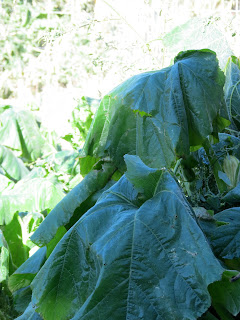 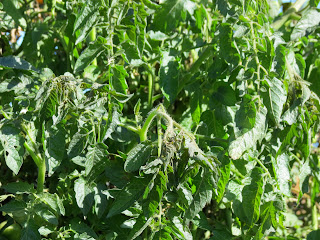 and the air has that smell of frozen foliage.  Even the plants that were covered took a hit.  There may be a couple of peppers that survive but most everything is history.  So, I guess that effectively ends the 2012 main season garden. 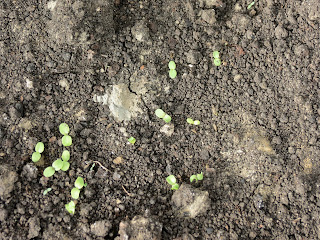 But there are tiny lettuce seedlings up in the greenhouse! 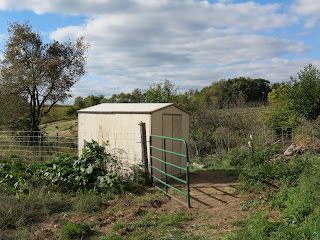 And a view of the new garden shed (pre-frost when the squash vines were still trying to take over the world.
I'll have to go out again later to see what, if anything, is salvageable.  sigh...  I wasn't expecting this for another couple of weeks.
Posted by Judy T at 10:02 AM