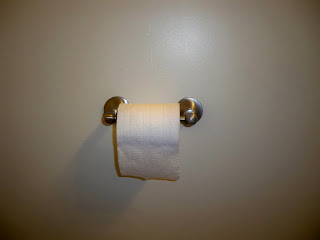 It's the little things that mean the most!
This morning, I painted: 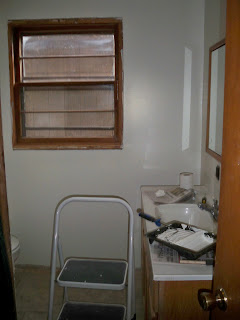 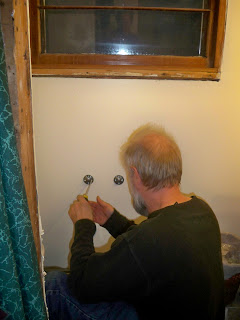 After two years of having the TP setting on the counter, it will take some getting used to. Next thing you know, we'll have towel racks... unheard of!!
Of course, the room isn't officially finished, we still don't have window or door molding up, or the base trim. But it is SOOOOO much better than when we bought the house.  We went from this: 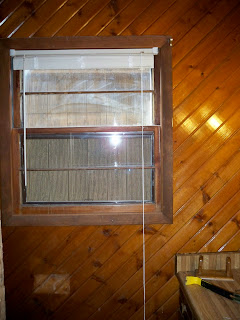 And that's even with a flash.  It was a dark, wooden cave.  Even the ceiling was the same dark wood color, and with only two little wall lamps to light the entire room.   Ewww...
But now, behold: 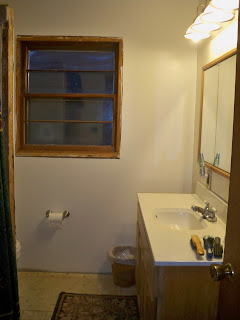 Much lighter and brighter.  It even seems bigger.
All in all, a good day's work.

I think today may be the first day this season that it has failed to get above freezing.  Pretty amazing considering it is December.  But it was cloudy and about 28 all day, with a wind that went through you so it was nice to have an inside task to do.

And, BTW, don't you just love paint color names?  This color was called Turtle Dove.  Who gets paid to think up these names?!  I think I want that job.
Posted by Judy T at 5:04 PM